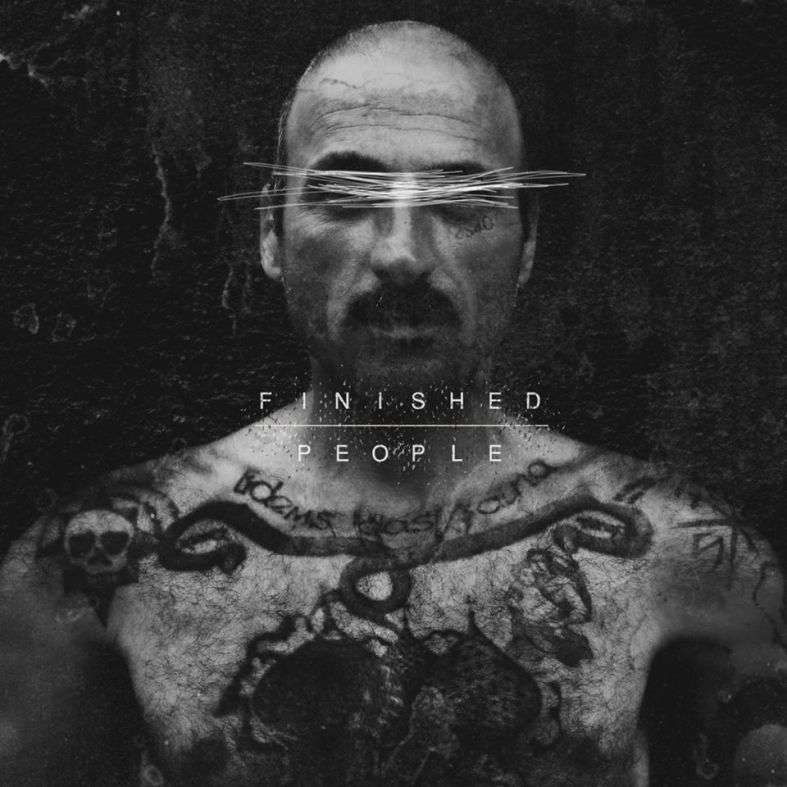 My Thoughts
I’ve been regularly listening to Finished People for almost a month before sitting down to articulate my thoughts on its content. So I can confidently say that the following opinion is true, unhurried and very unlikely to change in near, or distant, future.

I have been a supporter of SLEEPING GIANT, their work and their sound, since I discovered the track “Tithemi” from 2011’s album Kingdom Days in an Evil Age – which is a good album with a few exceptionally great songs. This was my expectation leading up to my experience of Finished People. My expectations were exceeded when I was introduced to this album.

Up to now, one could confidently class SLEEPING GIANT’s brand of metal as heavy worship music. Songs that were almost exclusively written to praise God. This all changed when I submitted myself to the content and meaning behind Finished People. Not only did my ears bleed with delight at the far heavier sound, but I also sat up and took notice of the deeply personal edge that is tattooed within.

Finished People is most significantly driven and influenced by singer, Tommy Green’s, unexpected discovery of his family’s ancestry. This is most prevalent within the title track, “Finished People”, which brings to light the plight of the finished people trapped within the Russian/Ukrainian prison system. The album name coming from a documentary focussing on the inmates. The song (and album) also draw parallels of this to us as finished people to the world – having died to self to follow Christ – and the hope we have in this.

The album still has a focus on bringing the ‘reign’ with worship anthems, but what I enjoy about Finished People is that there’s a more personal feel to the anthems as well as songs that talk of Tommy’s own experiences, joys and heartaches. Songs that talk of fellowship with godly fathers and brothers, views on the hardcore scene as well as compassion for the modern day inmates and persecuted to name a few.

With each listen, I am absolutely blown away by the open and honest personal account within. A special mention has to be made about the emotion charged track, “Violence”. This track is owned by Levi the Poet, who upon the request of Tommy, enters the fray to talk about the struggle to find strength in our faith when seeing a brother fall away. The rumour is this track was not finished as envisioned, but my view is the result we find in the album is heart-wrenchingly outstanding. Levi wearing his heart on his sleeve with Tommy’s roar bringing him along. A stand out amoungst stand outs because of the nature of the track and it’s difference to the rest of the album.

Musically, Finished People is still recognisable as SLEEPING GIANT with it’s rumble-singing and rap-metal-esque vocal patterning (whilst being screamed of course). The thing to note here is the song writing is freed from being dominated by SLEEPING GIANT’s expected sound. That, and the production quality which makes the term ‘brutal’ an understatement. Each track holds enough metal-meat to stand alone and conquer, whilst also progressing the album to its conclusion.

The production is by far the best I’ve heard from these guys. It rips apart each riffage in excellent distortion, each drum beat is like being hit by mortor fire and the bass – oh the bass. The bass is the key, it like the thickest tastiest gravy that saturates the metal-meat and makes it extra special. It’s so prevalent without dominating and used so well it’s refreshing. All credit to the production team. Finished People is hard, fast and heart-bleedingly passionate.

The other element that makes Finished People a different behemoth than before is the addition of various elements like audio samples (“Finished People”, “Death Knell”) and guest vocals from the likes of Brooke Reeves (IMPENDING DOOM) on “Overthrow” and the street-wise guest spot in “Brother’s Keeper”.

Here is normally the part that I say the album is perfectly planned and executed. I hesitate to say this here because whilst everything works to amazing effect, the album still sounds so passionate and raw – never over analysed or produced. The production very much lets SLEEPING GIANT’s sound stand for itself. A real achievement in my eyes.

I want to also mention that whilst I’ve heard many proclaim the love of the song, I have also heard a select few on the net say that they love SLEEPING GIANT but weren’t blown away by the teaser track, “Overthrow”. Personally; I liked it, but let me assure those who may hesitate to fully invest because of this. Have faith in these guys. The album is their best yet and I’m reassessing my top releases for the year thanks to this work. Finished People has far exceeded my already high hopes.

The only part of the album that doesn’t fit for me is the at the end of the final track – which trails off to a sample of an old gospel song. It takes the suddenness of the true ending and makes it stumble a little. It just didn’t fit with the rest of the content, but I forgive it because of it’s awesome lyrics and the overwhelming quality of everything preceding it.

My Rating
5 stars out of 5
The metal monster that is SLEEPING GIANT has awoken and is driven by words that has the power to rend flesh from bone. Finished People is the product of truth and passion and is now the line in the sand that the band will be remembered for in the years to come. It’s heavier, louder, more diverse and personal than anything in the SLEEPING GIANT back-catalogue. I highly recommend any hardcore/metalcore fan take the time to awaken with this slumbering leviathan. Your doubts will be devoured by it and quickly forgotten. 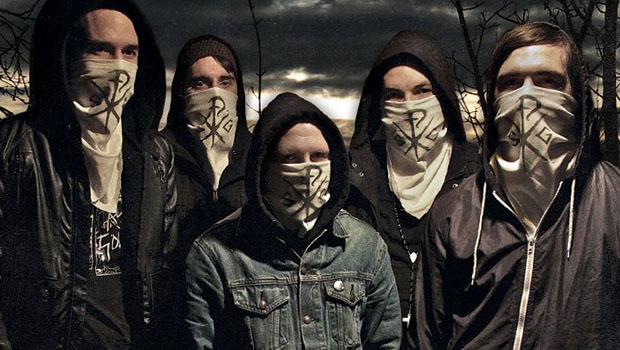 Hang around and read more of what Metal-Bro HQ has to offer. We have more reviews, Gig Gazettes, Lyric Shots and more.